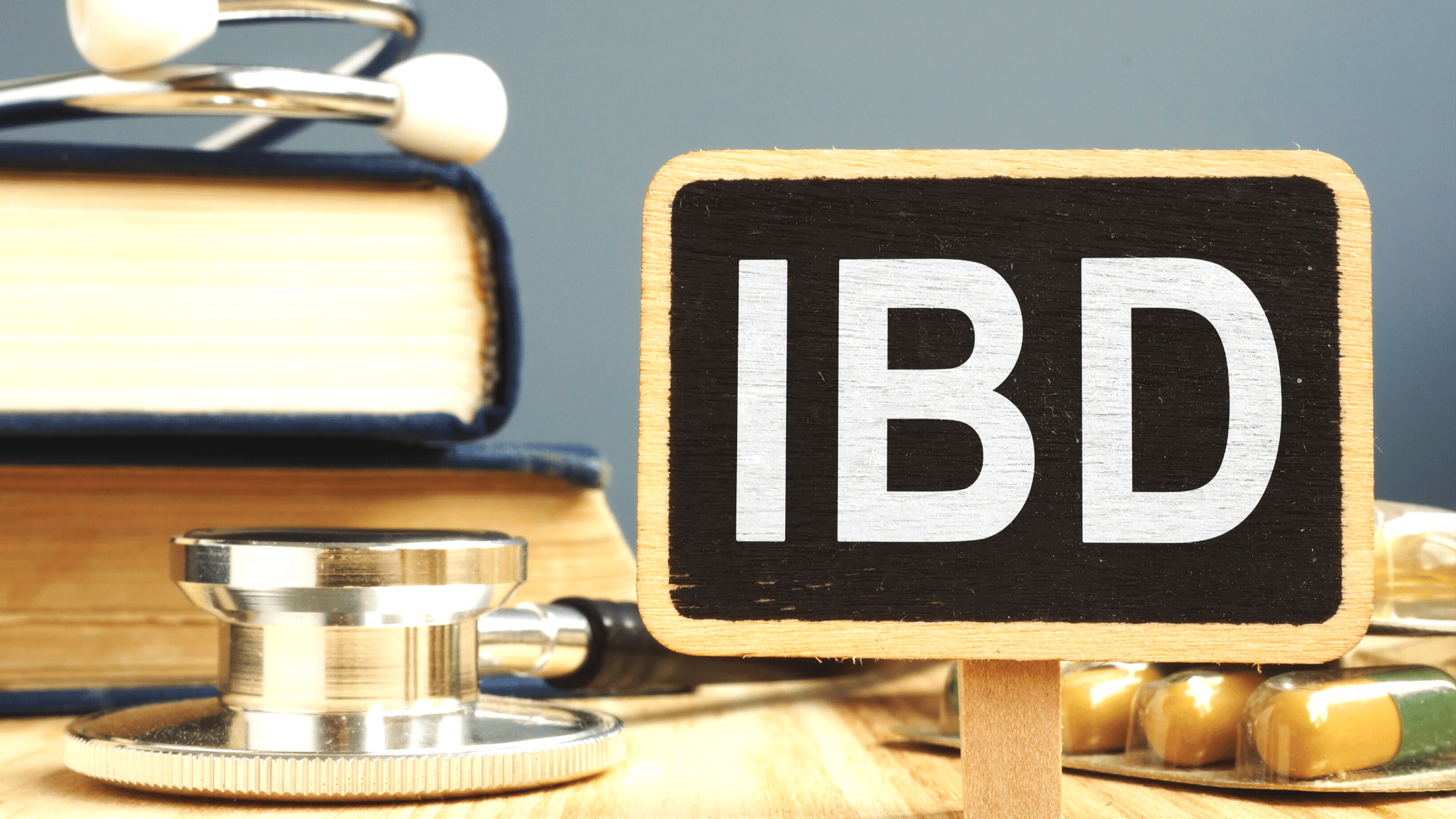 What is Inflammatory Bowel Disease (IBD)?

Unknown to many, inflammatory bowel disease (IBD) can be very debilitating and can even progress into a life-threatening condition. Inflammatory Bowel Disease (IBD) is a collective term for two types of chronic inflammatory conditions in the gastrointestinal tract: (1) ulcerative colitis and (2) Crohn’s Disease.

All the organs in the gastrointestinal tract work altogether in the breakdown of food particles, absorption of nutrients, and excretion of waste in the human body. The presence of inflammation within any area of the gastrointestinal tract disrupts these interrelated processes. In the event of an inflammatory process, one of the most affected aspects is the absorptive capacity of the body towards food.

The good news is, The Injection and Infusion Clinic of ABQ can help. But first, let us educate ourselves with regards to IBD to be able to appreciate what intravenous nutritional therapy offers - especially to patients with ulcerative colitis and Crohn’s disease.

There is no directly identified cause for inflammatory bowel disease. However, it is noted to be both autoimmune and immune-mediated: meaning to say the body’s immune system attacks its own cells even without the presence of an infection.

Genetics plays a significant role in inflammatory bowel disease. Hence, you may be largely predisposed to develop the disease if you have a parent or sibling diagnosed with IBD.

There are also some foods that may play a role in the development of IBD. The Western diet (composed of meat, fat, sugar, synthetic additives, and processed foods) is identified as an important risk factor for IBD.

Research has it that there are two ways that food might have a significant role in IBD  :

Aside from genetics and food, risk factors for the development ofinflammatory bowel disease (IBD) include:

Inflammation is a good thing: if it is directed towards infection. Chronic inflammation is another thing - and it is bad news especially if it is self-destructive and concerns the gastrointestinal tract.

The chronic inflammation common in both conditions (ulcerative colitis and Crohn’s disease) results in a myriad of symptoms which include:

In ulcerative colitis, chronic inflammation causes the formation of ulcerations in the innermost lining of the rectum, extending upward towards the colon (large intestine). The areas damaged are continuous with one another.

In Crohn’s Disease, chronic inflammation can cover the entire gastrointestinal tract from the mouth to the anus, with a tendency to affect the small intestine extending towards the large intestine. It can extend towards multiple layers of the walls of the GI tract, and often occurs in patches hence the term “skip lesions”.

Although diet is long implicated in the management of IBD, no single diet plan is proven to control or prevent IBD (Crohn’s and Colitis Foundation, 2021).

In people with inflammatory bowel disease (IBD), the goal of their specially crafted diet plan is to restore balance between helpful and harmful bacteria while promoting good nutrition (Center for Applied Nutrition, 2021). At the same time, it should not aggravate symptoms but instead calm them, promoting healing.

The endpoint should be a better quality of life because of diet restrictions.

FODMAP is an acronym which stands for fermentable oligo-saccharides, di-saccharides, mono-saccharides and polyols (Knight-Sepulveda, K. et al., 2015). These pertain to certain types of carbohydrates -- the sugars, starches, and fiber in foods. These are also the specific kind of foods that IBD patients should watch out for.

The problem with FODMAPs is that they pass through the intestine unchanged without undergoing digestion (hence they are also known as dietary fiber).

Because they are resistant to digestion, they reach the far end of the intestine where natural gut bacteria reside, and these bacteria utilize these sugars for their own metabolism.

Examples of FODMAPs are the following (WebMD, 2020):

With such diet restrictions, what then should inflammatory bowel disease (IBD) patients go for?

IBD patients should still eat a varied, nutrient-dense diet to avoid flare-ups and keep IBD under control. And because malnutrition is an obvious effect of IBD, patients are encouraged to go on a balanced diet with appropriate amounts of the following (The Iowa Clinic, 2020):

However, there is a better way to supply nutrients for patients with IBD other than trying to supply them through the diet.

Although many kinds of food are implicated in the causation of IBD, there is still no definitive data to establish as to whether the Western diet specifically predisposes to ulcerative colitis or Crohn’s disease (Kelly and Fleming, 1995). We should be aware however, that the kind of diet we might be eating needs a major overhaul.

A balanced diet still plays a major role in prevention, as cliché as it may sound.

For patients already diagnosed with IBD and concomitant malnutrition, it is critical to specifically include nutritional therapy in its management.

Malnutrition in IBD is due to mechanisms such as anorexia, malabsorption, increased nutrient loss, increased energy requirements, and drug-nutrient interactions (Semrad, 2012; Shamir, 2009). With these problems in mind, there is no doubt the best way to deliver nutrients into a patient with IBD is through a route that bypasses the gastrointestinal tract.

Parenteral nutrition is also known as IV nutritional therapy. It is simply an infusion packed with vitamins and nutrients to make these readily available to the body.

It is not meant to cure the underlying disease or to replace the ideal diet and pharmacologic intervention.  But it is a vital part of quality of life, since patients with IBD are not able to get the full range of nutrients from the food they eat.

Because of the nature of the disease, a lot of research studies promote the inclusion of parenteral nutrition in the management of IBD.

Parenteral nutrition is a temporary measure which helps maintain nutrition as well as vitamin/mineral status on top of conventional medical therapy. This is also immensely helpful especially for ulcerative colitis or Crohn’s disease patients who are awaiting possible surgical interventions (Semrad, 2012).

On top of that, nutrition delivered via IV is 100% bioavailable to the patient. In patients with Crohn’s disease wherein frequent surgical bowel resections may result in short bowel syndrome, the use of parenteral nutrition is given on a long-term basis to maintain nutrition (Semrad, 2012).

Research further shows that the right nutrition can induce remission, maintain remission, and prevent relapse in patients with Crohn’s disease (Shamir, 2009). The mechanisms are unclear but may due to the intestinal adaptive response to "bowel rest" (since nutrients are delivered via IV), immunologic effects, and of course - nutritional factors (Seidman, 1989).

Furthermore, it was also noted that even though parenteral nutrition was associated with remission, relapse frequently occurs in patients with Crohn’s disease when normal food intake is resumed (Kelly and Fleming, 1995). In essence, these researches further support that intravenous nutritional therapy may have a fundamental place in the hierarchy of treatment in IBD, and that more research is necessary to establish the specific benefits and mechanisms associated with it (Husain and Korzenik, 1998).

The advantages of IV nutritional therapy in patients with ulcerative colitis and Crohn’s disease can never be overemphasized. It is a primary need – regardless of the extent of the disease.

There are only two main risks involved in the administration of IV nutritional therapy. First, infection can occur through the IV insertion process (which is in essence a risk if you go for any IV infusion therapy).

The best way to avoid this is to have the therapy at a trusted clinic such as The Injection and Infusion Clinic of ABQ which has licensed medical professionals that can guarantee safe practice of IV-line insertions. We are even qualified and safely able to access central lines such as port-a-caths.

Second, because of the tendency of IBD to induce a hypercoagulable state (otherwise known as an unusually increased tendency toward blood clotting), the use of parenteral nutrition predisposes further to the formation of venous thrombosis at the catheter site.

Nutritional solutions tend to be sticky and concentrated. Hence it is particularly important to follow your clinician’s advice regarding the dosing and interval of parenteral nutrition, and to not neglect the diet and pharmacologic therapy that comes along with it.

There is only one contraindication to IV nutritional therapy, and that is a reported allergic reaction towards specific ingredients that may be included in parenteral nutrition.

The Injection and Infusion Clinic of ABQ is well prepared to manage any emergency.

To avoid this, patients are advised to relay to their healthcare provider any history of allergic reactions. Knowing more about the patient history will allow the clinic to take the necessary precautions.

Research so far has noted that there is no documented allergic reaction to the amino acid or dextrose component of nutritional solutions, hence IV nutritional therapy can be customized by eliminating specific additives.

IV nutritional therapy is not a “magic elixir” that can solve nutritional problems overnight. And while it is an add-on therapy for healthy people, it is one vital component of the overall management of people with IBD who suffer from nutritional gaps.

IV nutritional therapy gives a special kind of chance to people with IBD. With it being given intravenously, the patient is given the opportunity to obtain nutrients directly.

With the limitations set to these patients by their medical condition, IV nutritional therapy offers a promise even a proper oral diet could not give. Aside from resting their gut and giving it a chance to recover, the patient still enjoys the nutrients that he or she needs.

These patients are not in it to enjoy a youthful glow and supple skin (though these may be a bonus once IV nutrition therapy is started). These patients desperately need these nutrients for survival, and more importantly, a better future.

Though it sounds so good to get started as soon as possible, make sure you are visiting a clinic with qualified professionals at The Injection and Infusion Clinic of ABQ.

We make sure you are in good hands. Give yourself or your patient the best chance for a better quality of life.

Contact us for an IV nutrition therapy now. And see the big difference it can make.