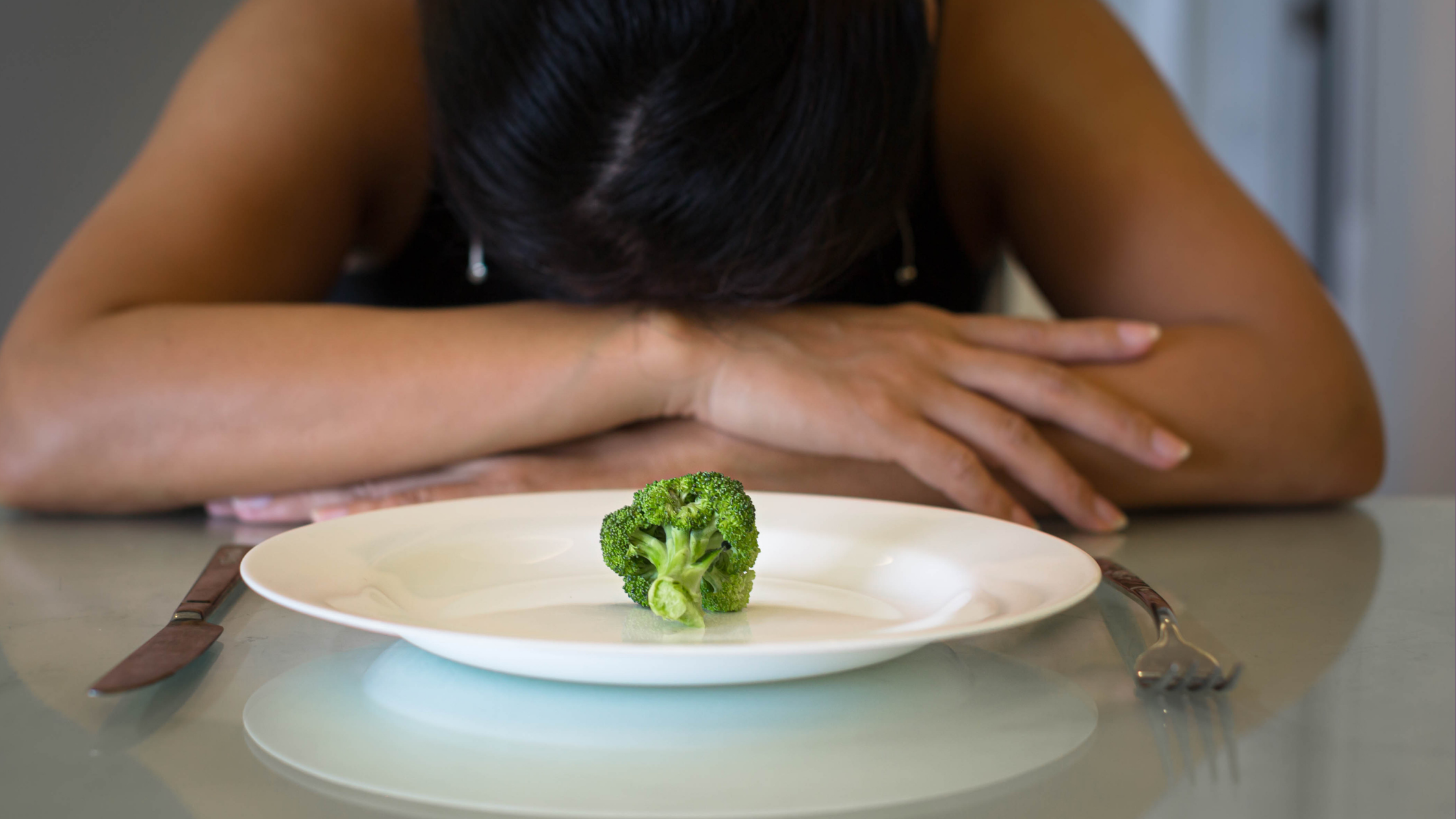 Albuquerque, NM -- Your diet affects your mood. See the interlink between sugar, inflammation, and depression. And how it helps in ketamine therapy for TRD

Sugar as the culprit:  If you’re suffering from depression, you might want to drop soda from your diet. It does give you a momentary high because it increases the dopamine in your brain. Dopamine, a neurotransmitter gives you feelings of satisfaction and pleasure. But drinking sugar-sweetened beverages have been known to increase the risk of depression.This applies to all sugary foods and not just soda. Too much intake of sugar increases the glucose in the blood. It may manifest as blurred vision, dizziness, irritability, and depressive symptoms. Refined sugar as well as carbohydrates have these effects if taken excessively. Yes, this means you also have to cut down on your favorite pasta and chocolates, too. These foods have little nutrients and drain up the body’s B vitamins, which are mood enhancers. Moreover, sugar also affects chromium, another mood regulator that maintains your blood sugar level. In a nutshell, many studies suggest that added sugars may induce “depressogenic effects”. Reis and associates noted that excessive intake of sugars causes dopamine malfunction and oxidative stress. It also results in insulin resistance and the formation of advanced glycation end-products.These are the reasons why you should avoid sweets if you have treatment-resistant depression (TRD). If you have questions about ketamine IV infusion therapy for TRD, you may contact the Injection and Infusion Clinic of ABQ. The certified ketamine clinicians have done more than 2,000 infusion therapies since 2017. Now before we get into the ketamine diet, let’s take a closer look. In this article, we will deep dive into the following:

The Link Between Inflammation and Depression

Depression is a mood disorder and not an inflammatory condition. Inflammation however increases depression and other mental disorders such as anxiety, bipolar, and schizophrenia.

A study conducted by Timberlake and Dwivedi explains that unfolded protein response (UPR) is the body’s cellular reaction to stress. It has been directly linked to inflammatory cytokine production and toll-like receptor or TLR.

However, people with higher levels of inflammation were predicted to be less responsive to treatments. These people responded more to therapies that targeted immune pathways. This was deemed effective in treating their depression and fatigue.Although a more recent study points out covariates play a role in the equation. Covariates are dependent variables such as age, sex, body mass index, and exercise. This includes lifestyle habits and a history of smoking, drinking, or chronic illnesses.

The researchers reveal that associations between depressive symptoms and inflammatory markers decreased when covariates were adjusted.

Further studies have to be conducted to further contribute to the growing evidence that links inflammation to depression. This brings us to the next topic.

How is inflammation linked to sugar, since sugar is the culprit of intensifying depression?

The Link Between Inflammation and Sugar

Participants in a study fasted overnight. On the following day, they ate three meals which contained 50 grams of carbohydrates such as pasta and white bread.

This may help explain the relationship between carbohydrates, their effect on blood-sugar levels, and the potential for chronic diseases. The results of the study show that high-glycemic diets, which causes blood sugar to rise, aggravated inflammatory process in lean and healthy young adults.

A related study determined a potential link between inflammatory disease and glycemic index. A study ran for over 13 years among 1,245 men and 1,490 women aged 49 and above.

The researchers administered a food-frequency questionnaire throughout the study. They later noted that 86 men and 84 women died due to inflammatory disease. According to another researcher with the same idea, a high carbohydrate diet may promote inflammation in people with depression.

Elevated inflammation in the body is thus associated with the consumption of too many refined carbohydrates and sugars. This also results in insulin resistance and eventually weight gain or obesity.

Why is Sugar Addictive?

Why is sugar addictive in the first place? It has been revealed that sugar or intense sweetness is more addictive than cocaine. The researchers speculated that the compulsive wanting for sugar is caused by innate high sensitivity to the taste of sweets.

Tastants are chemicals in the saliva that stimulates taste and makes you want to eat. The stimulation of these tastants due to sugar-rich foods generates a feel-good reward signal to the brain. Thus, the body craves more as the body gets satisfied.

The Link Between Sugar and Depression

Hence, as you eat more sweets, the more you crave it. This high sugar intake results in inflammation. And inflammation is linked to depression.

People who ate sweets were discovered to be more likely to suffer from depression compared to those who ate whole foods (Akbaralay et al., 2009). It’s not just sweets.

The diet consists of high-fat dairy products, fried foods, processed meats and foods, and refined grains. By whole foods, we mean fruits, vegetables, and fish. These were safer and did not show symptoms of depression among people who ate them.

In a large-scale study, researchers got the same results. Researchers assessed 23,245 people using random effects regression from a Whitehall II study. People were asked about their diet and mood using food frequency and validated questionnaires, respectively.

The researchers found out that sweet foods and beverages or sugar intake increased the incidence of mood disorders in men (Knüppel, et al., 2017). Sugar consumption was 2 to 3 times higher than the recommended intake.

The researchers further revealed that policies could support the prevention of depression by encouraging the reduction of sugar intake.

This echoes a more recent study that saturated fats and added sugars were somehow related to higher anxiety among 1,128 older adults living in Greece.

The researchers recommended the promotion of healthy dietary habits to reduce the incidence of anxiety in older adults.

How Significant is Your Diet?

SMILE. It’s the name of a controlled-trial that investigated the impact of dietary changes on people with major depression. Researchers assessed 166 participants in 12 weeks.

The results reveal that dietary improvement may be effective as a treatment strategy in the management of mental disorders. This brings us to the topic of the appropriate food or proper diet for depression.

There is no ideal diet for people undergoing ketamine IV infusion. Let’s just say the “ketamine diet” may prevent aggravating your TRD symptoms.

These are the consumption of fish and various fatty acids and avoidance of processed foods. The researchers also included the intake of an anti-inflammatory diet, magnesium, and folic acid.

Another group of researchers also found out that the Mediterranean diet along with vegetables, fruits, and fish have been linked to a lower risk of depression.

While Western diets that are high in fats and sugary beverages have been linked to an increased risk of depression. They also noted antioxidants such as green tea can be good for you.

Are you having problems with your medications or procedures? The researchers suggest a healthy diet and proper nutrition as an alternative therapy.

If you are already getting ketamine IV infusion, avoid grapefruit because it increases plasma drug concentration.

In 2017, a study reveals that St. John’s Wort is as effective as selective serotonin reuptake inhibitors (SSRIs) for people with mild to moderate depression.

But, refrain from ingesting this herb because it is known to breakdown ketamine, which decreases the efficacy. Drinking alcoholic beverages or taking illicit drugs are also disallowed.

The complex interlinking of inflammation, sugar, and ketamine shows the dynamic prevention and management or therapy for TRD. Based on the studies, diet, eating habits, and nutrition play an important role in its prevention. Share this information to help others. Let them know how poor eating habits and nutritional deficiencies can worsen depressive symptoms. Give us a call at the Injection and Infusion Clinic of ABQ – 505 455 4300.

Send us your feedback or talk to us about your ketamine therapy. You may visit us in Albuquerque. We serve the Greater Albuquerque Area, Santa Fe, Rio Rancho, Tijeras, Edgewood, Los Lunas, and other surrounding areas.