Which is the Best Solution? Ketamine or Esketamine for Treatment-Resistant Depression in ABQ 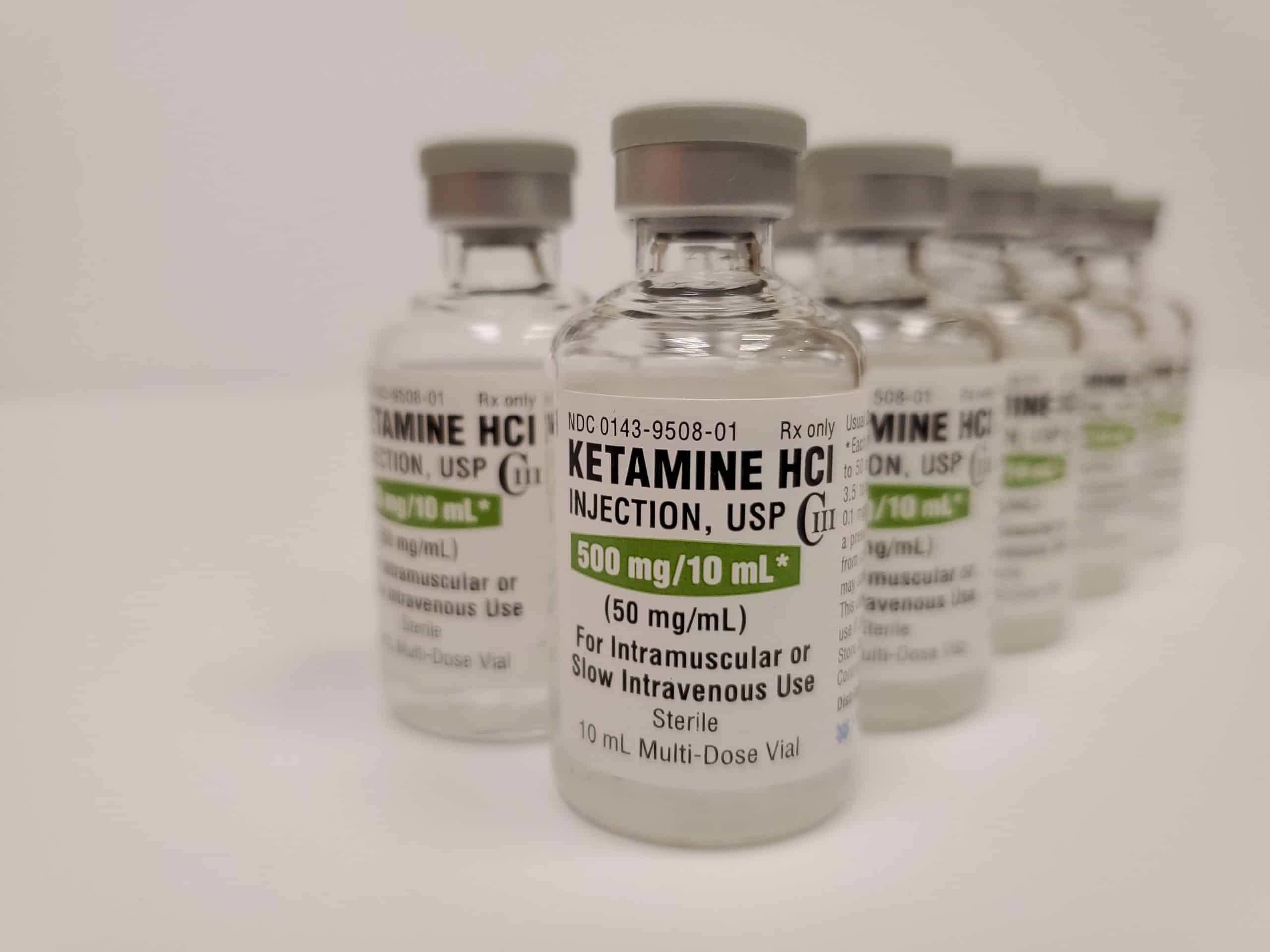 Albuquerque, NM -- Ketamine IV and Esketamine intranasal are helpful for treatment-resistant depression. Check the difference and weigh in on what’s best for you

If you have undergone several therapies and treatments for depression but to no avail – then you just might have treatment resistant depression (TRD).

Treatment resistant depression (TRD) is an illness that not anyone can relate to. It remains to be an important challenge worldwide, even to healthcare providers.

It continues to affect overall health, impair productivity, and even reduce life expectancy.

Furthermore, 10-30% of patients suffering with a major depressive disorder actually have TRD (Al-Harbi, 2012).

The operational definition of TRD is proposed as a state of major depression which has a poor or unsatisfactory response to two trials of two different classes of antidepressants given at the optimal dosage and duration (Al-Harbi, 2012). Hence, the diagnosis of TRD should be verified by a qualified clinician, though it poses a huge diagnostic and therapeutic challenge to health providers.

With numerous researchers trying to crack the code behind TRD, a huge veil has finally lifted. Ketamine and esketamine are the most studied treatments for TRD these days.

Ketamine is primarily approved and has been used as an anesthetic for over 50 years.  Recent research support its potential as a rapid-onset antidepressant (please link to ketamine article). Esketamine, an enantiomer of ketamine, is FDA approved as a drug for treatment-resistant depression. Esketamine is half of the IV version, specially only the left isomer.

Ketamine infusions offer hope for a major reduction in your depression symptoms.

Esketamine, the newest FDA-approved drug for TRD, is a less potent form of racemic ketamine (please link ketamine article with this one). It has a rapid action against TRD and is noted to significantly reduce suicidal ideation in most patients.

Esketamine, just like ketamine, works as a non-selective, non-competitive antagonist of the N-methyl-D-aspartate (NMDA) receptor thereby initiating glutamate release(NCBI, 2020). This is believed to account for the rapid onset of antidepressant properties of the drug.

Ketamine was approved in 1970 as an anesthetic but is used recently off-label for cases of severe depression. It gained notoriety as a drug of abuse because of its dissociative effect (Kim et al., 2019).

Ketamine, just like most molecules, is made up of a 50:50 mixture of two different versions of the same molecule, otherwise referred to as enantiomers. The two enantiomers of ketamine are known as the S-ketamine (or esketamine – the left-handed orientation of the molecule), or the R-ketamine (also known as arketamine, the right-handed orientation of the molecule).

Janssen pharmaceuticals, a subsidiary of Johnson & Johnson, found a way to isolate esketamine and patent it as a drug against TRD in 2019, marketing it as the Spravato nasal spray (Pierce, 2019). Though with FDA approval, Spravato is to be administered only inside a doctor’s office or only at an accredited clinic or hospital, under the supervision of a healthcare provider (FDA, 2019).

The FDA also suggests that the drug be used in conjunction with an oral depressant and should be administered at either intermittent doses or flexible doses (NCBI, 2020; FDA, 2019). Since esketamine comes in the form of a nasal spray device, it is noninvasive and more convenient compared to IV infusion (FDA, 2019).

The device delivers a total of 28mg of esketamine. Dosing given during the induction phase is 56mg of esketamine, given through using two devices, with two sprays per nostril twice a week (FDA, 2019).

First-time patients must book a Pre-Ketamine Consult prior to your first infusion.  This consult reviews your history and determines whether Ketamine is an appropriate treatment option.  Referrals are not required*, but you must be established with a mental health or primary care provider prior to starting treatment.

Having documented ketamine’s efficacy for depression (please link to ketamine article), further research paved the way for the isolation of esketamine, now identified as effective enantiomer against treatment resistant depression.

The first randomized controlled trial for intranasal esketamine was conducted from January 2014 to September 2015 among 67 adult participants who were diagnosed with TRD. Patients were given 28 to 84 mg administered twice weekly (Daly et al., 2018).

The intranasal route of administration of esketamine allows convenience in terms of administration, and a fast onset of action (Drugbank, 2020). This sets it on an advantage above other antidepressants which take several weeks before optimal effects are noted .

Bioavailability of esketamine via intranasal administration is 48%, with a time to peak equal to 20 to 40 minutes after the last nasal spray (Drugbank, 2020). This bioavailability is definitely lower than a ketamine intravenous infusion, which ensures 100% bioavailability – a price to pay for the convenience of a nasal spray (Hashimoto, 2019).

Most antidepressants operate through the modulation of serotonin, norepinephrine, and dopamine, both ketamine and esketamine work as an NMDA antagonist thus increasing glutamate activity (Mount Sinai, 2020). This action increases production of neurotrophic factors thereby improving neuronal connectivity within the brain.

One speculated mechanism of action is that alteration in glutamate signaling increased neuroplasticity.

Neuroplasticity refers to the ability of the brain to adapt to injury and change, allowing it to form and reorganize synaptic connections and pathways.  Increased neuroplasticity allows the brain to cope with stressors and alter the brain pathways associated with depression (Mount Sinai, 2020).

Side Effects and Contraindications

Although Jannsen has conducted five Phase 3 studies in patients with refractory depression and has deemed esketamine (Spravato) as generally tolerable, some experts are still skeptical of its long-term safety (Pierce, 2019).

The most common side effects of esketamine are the following (Mount Sinai, 2020):

In contrast to racemic ketamine, S-ketamine is reported to be less prone to side effects such as dissociation and hallucinations, hence it is the FDA-approved type of ketamine for treatment-resistant depression (Paul et al., 2009).

The R-ketamine type has been studied extensively in animal models of depression and has exhibited longer-lasting antidepressant effects than S-ketamine (Fukumoto et al., 2017). However, more clinical trials are needed to establish its effects in humans.

What is the deal between racemic ketamine mixture versus esketamine? Here are a few points:

Both racemic ketamine and the S-ketamine enantiomer are noted to exert similar antidepressant effects in treatment-resistant depression, however S-ketamine was theorized to be more tolerated by patients (Paul et al., 2009).

Racemic ketamine and esketamine are shown to exert a similar degree of antidepressant effects on patients.  This resulted in the approval of esketamine as one of the pharmacotherapy options for treatment-resistant depression.

It was assumed that the lower dose esketamine will discourage propensity towards dependence and abuse. However, this comes at a significantly higher price especially in the absence of insurance coverage.  The costs will hinder patient compliance and might encourage relapse instead, defeating the purpose of ketamine therapy in the first place.

The good news though: aside from ketamine infusions, The Infusion and Injection Clinic of ABQ offers racemic ketamine nasal spray through a home-use program. The clinic decides which clients are eligible based on adequate response to the initial series of ketamine IV without significant side effects.

In our protocol, specific patients who have completed a course of ketamine infusions may be deemed eligible for the home-use program of racemic ketamine nasal spray. This allows the healthcare provider to establish the patient’s tolerance levels to ketamine, and determine which dose is most ideal to the patient.

It is important to ascertain that the patient responded well to the ketamine IV infusions, without any side effects. Only then can the patient become a good candidate for the home-use program.

Call The Injection and Infusion Clinic of ABQ at 505-445-4300 and book an appointment with us to learn more about our ketamine infusions and nasal spray.