How Exciting are Anti-aging Senescent Cells? A Fountain of Youth in ABQ 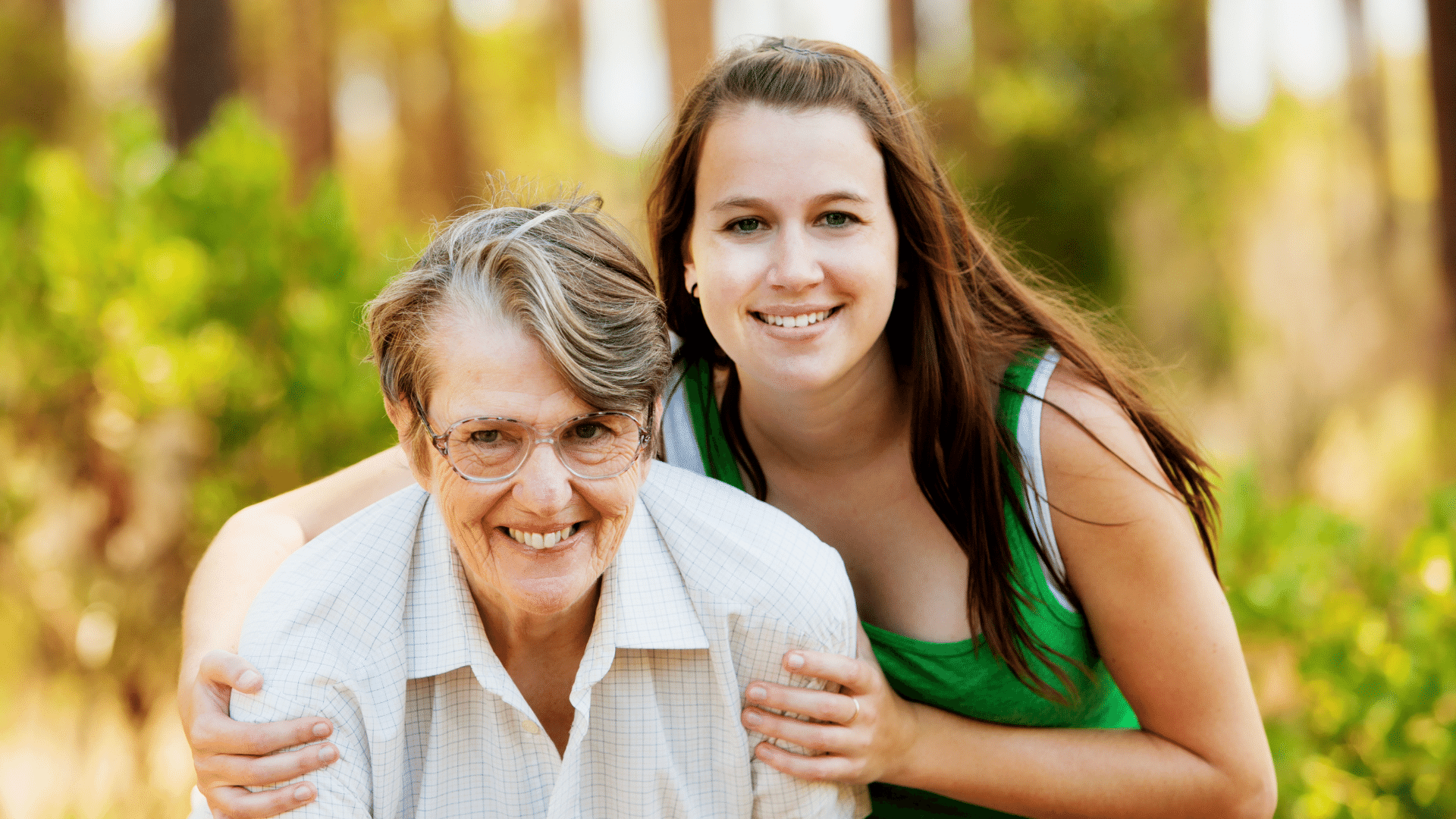 Albuquerque, NM -- Aging affects your body in many ways. Choose from some anti-aging therapies. Senolytic - a powerful anti-aging dietary supplement for you

The Inevitable Process of Aging and its Consequences

Aging is a process everyone goes through. As we age, our bodies gradually lose their bioprotective and regenerative mechanisms and become vulnerable to various diseases. (Flint & Tadi, 2020).

If you look older than your age, don’t be concerned!  The condition of your body shows the real fountain of youth, not your appearance. There are two types of aging: successful vs. pathological.

Successful aging refers to the state of being disease-free as an elderly adult. The following traits characterize it:

Comparatively, pathological aging may bring about changes that can make our body prone to develop specific diseases:

Available interventions in the market treat each of these diseases separately. For example, take a 65-year-old woman with diabetes and hypertension. She would require two maintenance medications - Metformin, an antidiabetic drug, and Losartan, an antihypertensive drug. As this woman ages, she may eventually develop complications like kidney damage or a heart attack - this would require the addition of two more medications.

Requiring multiple medications to manage many illnesses is known as polypharmacy - the need for multiple drug prescriptions. In elderly individuals with numerous diseases, it becomes a common phenomenon.

Instead of looking at diseases separately, we should understand why our bodies develop them in the first place. As we already know, aging declines our bodies’ protective mechanisms and makes us vulnerable to diseases. Thus, if we can target the cellular mechanisms that lead to these diseases, we can prevent them and the need for multiple drug prescriptions.

What Happens to Our Bodies’ as We Age?

There are three main cellular processes involved in aging. These are the accumulation of metabolic waste, reduced replicative capacity, and damage accumulation through excess free radicals.

One by-product of metabolic waste involves glucose. Glucose reacts with other molecules like proteins in our body to form glycosylated end-products.

As we age, our blood glucose control becomes dysregulated, leading to increased blood glucose levels. The increased glucose present in the bloodstream produces more glycosylated by-products. On a microscopic level, this contributes to the thickening of tissue membranes, fibrosis of vascular walls, and reduced collagen elasticity.

As we age, the proteins that control the replicative function of our cells declines. As a result, the signals that drive the replication process decline as well. In contrast, the factors that promote cell death or apoptosis continue to function, leading to an overall decrease in healthy and functional cells in our body​.

In biochemistry, free radicals cause adverse health impacts and are unstable molecules that readily react with the molecules around them.

What are Senescent Cells?

The three main processes involved in aging are linked to one another and contribute to aging’s overall pathophysiology.  All of these processes eventually lead to cellular senescence or senescent cells.

At a young age, the body’s ratio of healthy cells to senescent cells is negligible. However, as we get older,  our bodies’ cells undergo more damage, lose their ability to divide, and become senescent cells.

Some studies have also found evidence senescent cells are resistant to apoptosis or cell death. When enough of these damaged cells accumulate, they manifest as specific diseases. One of these diseases includes osteoarthritis, a painful condition of the joints associated with wear and tear from aging. The accumulation of senescent cells in the space between our joints causes osteoarthritis.

We mentioned earlier that instead of treating the many diseases associated with aging individuals, a better method is to prevent them from arising. Targeting senescent cells might treat and prevent age-related diseases and promote successful aging.

What are Senolytic Agents?

Products that target the removal of senescent cells have been the subject of many studies in the past years. These are called “senolytic” agents, a peptide, an antibody, or a compound that acts specifically on senescent cells or its harmful secretory peptides. (Kirkland et al., 2017).

One study explored the effect of a senolytic combination of dasatinib and quercetin in senescent cells. Dasatinib is a drug used to treat leukemia, while quercetin is a plant flavonoid with antioxidant properties.

This study used a sample of human fat. Researchers observed the senolytic cocktail not only eliminated the senescent cells but also decreased its production and secretion of harmful proinflammatory cytokines.There was a marked improvement in physical function and reduced mortality risk by 65% when the cocktail was administered to aged mice.More potential senolytic compounds were explored and studied in the past decade; most are flavonoids or plant-derived senolytic products. Flavonoids are phytonutrients found in most fruits and vegetables. Aside from giving plants their color, flavonoids also have antioxidant and anti-inflammatory properties. Additionally, they are also responsible for the health benefits of the intake of fruits and vegetables.

Fisetin is a plant flavonoid found in wax trees, strawberries, persimmons, cucumbers, and onions. Studies have shown fisetin has antioxidant, anti-inflammatory, antiangiogenic, and neuroprotective effects. Fisetin, as a flavonoid, can “clean up” the free radicals responsible for cellular and organelle damage.

Quercetin is a flavonoid found in tea, red wine, and certain vegetables. Medical remedies like St. John's wort, Ginkgo biloba, and American elder are also sources of Quercetin.Quercetin has a wide range of health benefits. It exhibits antioxidant, anti-inflammatory, anti-obesity, antiviral, and antibacterial properties. Nowadays, quercetin can be found as a central component in certain nutritional supplements. When it comes to senolytic activity, quercetin exerts its anti-aging properties by acting as a powerful antioxidant. Studies have shown it can effectively remove senescent cells in this way. Quercetin, combined with an anti-cancer drug like dasatinib, increases its senolytic activity.

This plant-derived polyphenol may sound familiar to you. Resveratrol has been studied extensively in past decades for its role as an anti-aging molecule. Resveratrol is famously known as a component of red wine but, various peanuts and berries also contain resveratrol.Resveratrol acts on the proteins AMPK and Sirt1 as a potent anti-oxidant and anti-inflammatory agent. It cleans up free radicals, reduces oxidative stress, and even increases a cell's antioxidants. Resveratrol's anti-inflammatory properties can reduce harmful pro-inflammatory cytokine levels and improve the function of mononuclear cells. Mononuclear cells are your body's natural defenders. Antioxidants and anti-inflammatories lessen skin aging and provide neuroprotection and relief for osteoarthritis.In recent studies, resveratrol protects against arterial aging. Resveratrol reduces the thickness and stiffening of major blood vessels to the heart, known to contribute to cardiovascular diseases.Growing old is an inevitable process all of us will have to one day face. The steps you take and the nutrients you feed your body today will determine whether you age like fine wine or expire like sour milk.The complications associated with aging are due to senescent cells that accumulate in the body. Thus, by reducing or eliminating the number of senescent cells, you can remain in optimal health and become less vulnerable to diseases and illnesses.

The Injection and Infusion Clinic of ABQ offers senolytic - a dietary supplement that can reduce senescent cells in the body. Senolytic also contains pterostilbene and curcumin, which are powerful anti-aging ingredients. If you want to learn more about how you can age gracefully, get in touch with us today!