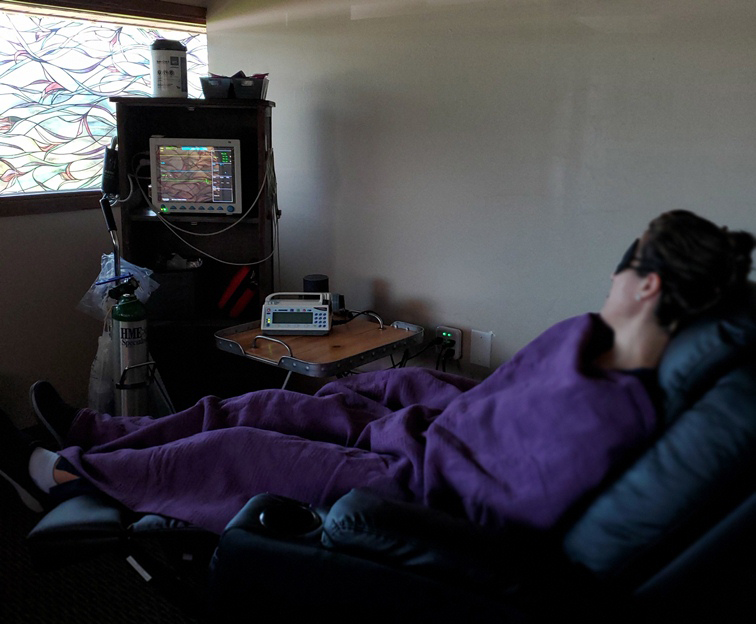 Ketamine has been used for years now as a therapeutic substance for Treatment-Resistant Depression (TRD). ​

The National Institute of Mental Health reported an estimated 11 million US adults suffered at least one major depressive episode in 2017 alone. Depression is real and it won’t go away on its own.

Pharmaceutical companies have developed antidepressants and medical procedures over the years. Medicines though react differently with each person. Some get relief from their symptoms, while others do not.

Ketamine 101: What It Is, Best Uses and Applications

How exactly does Ketamine work? What are these mental health disorders and how can ketamine administration help? Get to know Ketamine better!

There are various therapies for TRD. Mental health clinicians prescribe antidepressant medications for TRD. These medications are divided into groups or classes. These are selective serotonin reuptake inhibitors or SSRIs, serotonin-norepinephrine reuptake inhibitors or SNRIs, norepinephrine, and dopamine reuptake inhibitors, tetracycline antidepressants, tricyclic antidepressants, and monoamine oxidase inhibitors.You may be prescribed a medication in one of these classes. If it doesn’t work, you may be given another medication from a different class. If this still doesn’t work you will be given a combination of medications from other classes. Your mental health clinician can also recommend a combination of an antidepressant with a different kind of medication. This is called augmentation therapy. These medications are lithium, antipsychotics, and dopamine. Other than medications, Cognitive Behavioral Therapy (CBT) has been studied as an effective adjunct to medications. The Mayo Clinic also listed psychotherapy, dialectic behavioral therapy, and psychodynamic treatment to name a few (Mayo Clinic, n.d.). Medical procedures are also an option. These are vagus nerve stimulation (VNS), electroconvulsive therapy (ECT), and repetitive transcranial magnetic stimulation (rTMS). Ketamine intravenous infusion therapy has become the last resort when medications and procedures fail. Why is this so? Read Myth no. 2 for answers.

Yes, Ketamine is an anesthetic and pain reliever. It’s an off-label drug for TRD. Ketamine is made up of two enantiomers or a pair of molecules These are R- and S-ketamine. A study found out that both enantiomers showed rapid and long-lasting effects. R-ketamine appeared to be potent and safe relative to S-ketamine because it exhibited no psychomimetic side effects.Spravato is an S-ketamine nasal spray that was recently approved by the FDA for TRD. Ketamine used for infusion is an off-label use of racemic ketamine, meaning it has both the left and right isomer of the drug. There have been a lot of studies conducted on the efficacy and safety of ketamine IV infusion therapy.It has been shown that ketamine had rapid antidepressant effects even for ultra-resistant depressed people. Researchers found out ketamine is safe and well-tolerated.It is effective as a maintenance therapy, too. Researchers revealed that repeated once-a-week infusions of ketamine had cumulative and continued antidepressant effects.

Myth 3: Ketamine is a horse tranquilizer not suitable for people.

Veterinarians sedated horses and other animals with ketamine. It goes way back to the 1960s. It’s also suitable for people since for so many years, it has been used as an anesthesia and pain reliever. For animals, veterinarians may inject higher doses to reach a desired effect. Horses are infused with 2.2 mg ketamine/kg bodyweight.Ketamine infusion for people with TRD comes in small doses at 0.5 mg ketamine/kg body weight.

In the 70s, ketamine became popular as a club drug in Europe and the US due to its psychedelic or euphoric effects (Wolff, 2016). One of its popular street names is “K”. In large doses, users of ketamine abusers reported a sensation of falling into a deep and dark hole. Ketamine as a recreational drug is illegal. It is considered a regulated drug by the Drug Enforcement Agency.Its medical use is legal. The government allows ketamine therapy for TRD under the strict supervision of certified healthcare professionals. Ketamine is given to people with an appropriate controlled dosage in a healthcare facility, such as the Injection and Infusion Clinic of ABQ. Its ketamine-certified staff has administered more than 2,000 Ketamine infusions since 2017.

Ketamine with alcohol does NOT maximize the desired effect. Mixing ketamine and alcohol is dangerous. A study showed that combining ketamine and alcohol may result in over-intoxication. The potential overdose can lead to memory loss, coma, and even death. The combination of both substances causes impairment of your motor coordination and reflexes. This can lead to minor to serious injuries.

FALSE. Ketamine will not make you crazy or psychotic unless you have a pre-existing psychiatric disorder. This is why people with psychiatric disorders are not allowed to undergo ketamine therapy. Because there is a possibility that ketamine may aggravate the present mental disorder. In typical circumstances, it may induce momentary hallucinations that are within safe limits and reversible. Healthy participants in a study reported hearing voices and music as hallucinations at a moderate dosage. These visual and auditory perceptions are temporary and don’t persist after the therapy. No valid basis has been reported about ketamine as a cause of mental illness.

Any drug has the potential for addiction, not just ketamine. The key here is responsible usage. According to the United Nations Office of Drugs and Crime in 2014, PCP derivatives or new psychoactive substance such as ketamine misuse is only at 1%.Ketamine creates feelings of calm and detachment. It becomes pleasurable for some people to the extent of seeking a repeat experience. This makes it a potential for psychological dependence or abuse. This happens at higher doses, which is unlikely in a medical setting or under a controlled environment. Addiction can exist if you take ketamine without medical supervision, which is illicit. Ketamine does NOT cause physical dependence, like opiates or benzodiazepines

Myth 8: Ketamine is for adults only

Adults 18 years and above have undergone ketamine IV infusion therapy. They have been subjects of many studies that resulted in positive outcomes. There’s only a little information about the efficacy of ketamine to adolescents with TRD. But these are promising.There’s a study conducted among 12-18 teenagers with TRD who were administered six doses of 0.5 mg/kg of ketamine. Ketamine infusions were tolerated with fleeting dissociative symptoms. The researchers concluded that ketamine may have a potential role in treating adolescents with TRD. They recommended further studies would be helpful to validate the dosage and long-term effects. A more recent pilot study used ketamine to see if there are any behavioral or neural changes among adolescents with TRD. And to find out if these changes are related to the improvement of symptoms. The study reveals that behavioral and neural findings were related to clinical improvement in adolescents with TRD.

Myth 9: Ketamine should not be used since there’s Electroconvulsive Therapy (ECT)

According to Dr. Amit Anand, Electroconvulsive Therapy (ECT) has been considered as one of the best therapies for TRD. Across the Life Span program in Cleveland Clinic, Ohio. He is the head of an ongoing study to compare ECT and ketamine in treating major depression among people who have not responded to antidepressant medications.ECT is known to cause memory loss. This is not a side effect of ketamine, making it a more attractive option to many patients suffering from TRD.Ketamine for TRD has been acknowledged and is an accepted healthcare practice. Each therapy has its pros and cons. The fact is, individuals react differently to medicines and procedures. The best therapy for one may not be the best for another.

Myth 10: Ketamine is a stand-alone therapy for TRD

Not really. A study of 16 participants with TRD showed that Cognitive Behavioral Therapy (CBT) may bolster ketamine’s antidepressant effects.CBT is a psychological method deemed effective for depression and other mood and substance dependency disorders. It may be combined with ketamine IV infusion therapy. Its goal is to change thinking patterns through various strategies. It enables a person to recognize biases and rethink them in a more rationally. It allows the person to use problem-solving skills in difficult situations and learn ways of boosting one’s confidence. CBT is performed by a certified therapist just like ketamine is administered by a certified clinician.

At the Injection and Infusion Clinic of ABQ, we have noted that patients have the best outcomes with regular boosters AND at least one other medication. Since ketamine is so different than SSRIs or SNRIs, this makes sense that two classes of medication would have synergistic effects.

Visit us or give us a call at 505-445-4300. Our certified ketamine clinicians are happy to answer your questions.

©2022 The Injection & Infusion Clinic of ABQ.  All rights reserved.
Site by Patrick