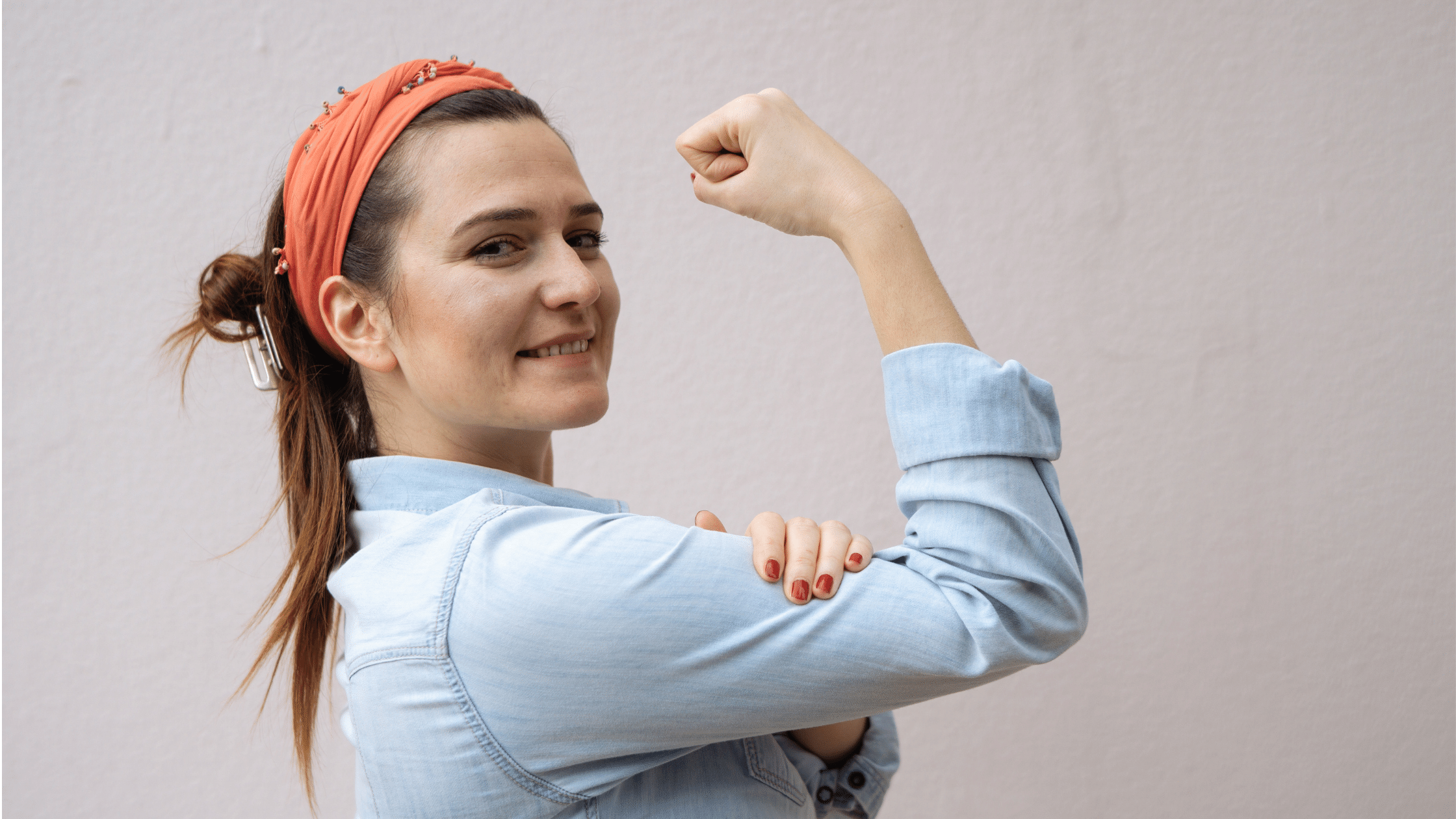 Albuquerque, NM -- Nicotinamide Adenine Dinucleotide (NAD+) patch slows your aging process. Find out the other 10 benefits for your mind and body

Do you want to slow down your body’s aging process and boost your youthful energy?

Nicotinamide Adenine Dinucleotide (NAD+) naturally occurs as a cellular compound in the body, which is vital to life. It aids in the efficient transport of energy from the food you eat into the cells of your body.

NAD+ has two precursors, namely nicotinamide mononucleotide (NMN) and nicotinamide riboside (NR). The latter is a new generation B3 vitamin that boosts NAD+ of your body’s metabolic factor.

NAD+ restores your cell’s youthful function as it turns off genes that speed up the aging processes. It also promotes the repair of your DNA, protects your tissues, and thus prolongs your lifespan.

A pharmacologic review was conducted to determine drugs that help improve or delay aging. The result of the study reveals NAD+ precursors as a promising anti-aging drug. It may improve your organ function and strengthen your resistance against diseases, too.

NAD+ comes in various forms. One of the more convenient ways is an NAD+ patch. It’s available at the Injection and Infusion Clinic of ABQ.

Watch a video of Nurse Practitioner, Katherine Devine, as she demonstrates how the NAD+ patch is used. While the patch is convenient, it is less effective than an infusion and can cause local irritation. The preferred route is dependent on your individual response.

Discover the 11 benefits of NAD+

1. Builds your body’s resiliency and protects you from stress

3. Improves your cognitive function associated with aging like Alzheimer’s

4. Reduces your cravings for food, drugs, and alcohol

Builds your body’s resiliency and protects you from stress.

Have you been feeling sluggish lately? Low levels of NAD+ have this effect since your body has reduced the production of cell energy. Boosting your NAD+ with NR promotes vigor and increases endurance since it prevents the decline of cell energy.

Researchers explained that reduced NAD uptake is related to many physical aging processes. NAD precursors such as NMN and NR protect the body against aging-related diseases.The researchers further noted that boosting NAD metabolism can extend lifespan. NAD+ has also emerged as a factor in enhancing oxidative metabolism that promotes healthy aging and extended the life span of worms.

NAD+ intermediates NMN and NR can boost the system by restoring NAD+ and lessen physical symptoms of aging. This supports the new studies that NAD+ intermediates can be a promising and effective anti-aging therapy.NAD+ activates a key enzyme called sirtuins which regulates genes of aging. Activated sirtuins with NAD+ supplementation may be an intervention for anti-aging.

Sirtuins turn off certain genes that contribute to aging. These are the management of blood sugar, fat storage and synthesis, and inflammation (Kotas et al., 2013).

NAD+ reduces oxidative cell damage in the brain. It can be a promising therapeutic strategy for age-related degenerative diseases, which can be further customized based on a person’s condition. An example is Alzheimer’s disease.In a study, NR exhibited the ability to protect brain cells among old-age mice. The 5-6-month-old mice were made to develop Alzheimer’s disease. They were then given NR until they reached 10-11 months. Through a laboratory test, the researchers discovered NR may have improved the cognitive function of the mice.NAD+ with sirtuin activation counteracts the progression of neurodegenerative diseases and it may also be an effective anti-aging intervention.

Reduces your cravings for food, drugs, and alcohol

A study shows that addiction to food undergoes the same process as addiction to drugs and alcoho.NAD+ helps with food, drugs, and alcohol problems through its mechanism of action. It has been shown to initiate cellular repair and regeneration in neuropsychiatric conditions such as addiction.A study further reveals the significance of NAD+ in these addictive disorders. The researcher claimed that intravenous NAD+ treated over 104 people addicted to alcohol and various drugs. NAD+ also completely removed the addictive symptoms. Thus, NAD+ may flush addictive substances in your system, curb your cravings, and reduce your withdrawal symptoms.

Food addiction has been linked to obesity. NAD+ may help with your food addiction and it may also maintain your weight as you age.Researchers experimented on mice in a 12-month study. The mice were given oral NMN which synthesized NAD+ in the tissues. The results show that it curbed age-associated increase in weight and improved insulin levels and plasma lipid.The researchers also noted enhanced energy uptake and promoted physical activity.NR the precursor of NDA+ boosts oxidative metabolism and protects against obesity brought about by a high-fat diet. Mice were given NR in the test, which showed an increase in their muscle endurance. The mice also exhibited improved performance. Thus, NR as a natural vitamin could be a nutritional supplement to address age-related and metabolic disorders indicated by mitochondrial breakdown (Canitó et al., 2013).

NMN, as an intermediate of NAD+ could be a potential therapeutic agent for diabetes, Alzheimer’s, and cardiovascular disease. An earlier study conducted by researchers of the Washington State University School of Medicine supports this claim. The diabetic mice received NMN supplements. The researchers restored the normal blood sugar metabolism, which suggested NMN as a potential prevention and treatment of type 2 diabetes.

Researchers in a mice test concluded that NAD+ boosters and sirtuin activators with its mRNA-regulated anti-aging mechanisms have the potential to prevent and treat vascular diseases associated with aging.Evidence suggests that boosting NAD+ levels promoted an increase in blood flow and the growth of new blood vessels. This protects against age-related enlargement or thickening of the walls of the heart.

Other than preventing neurodegeneration and metabolic dysfunction, keeping NAD+ at optimum levels may be important in preventing cancer formation. It may prevent and treat liver cancer, and aging-related tumors.

A recent study was conducted to investigate the effects of increasing NAD+ levels on metabolic health. The researchers gave NR supplements to 113 overweight or obese participants. After six weeks, the results reveal that the participants increased skeletal muscle and lean mass. The participants also decreased fat mass.

Researchers studied the effects of increasing NAD+ with NR supplements to the brain and gut microbiota. Mice with alcohol-induced depression served as test subjects. The researchers noted an improvement in the behavior of the mice. Moreover, NR decreased inflammation in the mice’s brain.

This indicates NR as a potential anti-inflammatory. The inflammation of the brain has been associated with psychological and mood disorders, such as depression.

A study found out that continuing supplementation of NAD+ precursor vitamin, NR is well-tolerated and effectively stimulated NAD+ metabolism in healthy and older adults.It’s been studied as safe, well-tolerated, and efficiently increase NAD levels in healthy people, too. To improve NAD metabolism, it was suggested as a practical topic for nutritional intervention.NR is non-irritating to the skin and it won’t cause the flush associated with niacin, a common form of vitamin B3. One hundred and forty healthy people participated in an 8-week study. This study investigated the efficacy and safety of oral supplements of NR on NAD+. Participants who had NR, termed Niagen, reported no flushing.

The study also reveals that NR did not increase low-density lipoprotein or bad cholesterol.

Best way to have your NAD+

There’s a natural way to boost your NAD+ level. That’s from the food you eat. NAD+ rich foods include salmon, sardines, and mushrooms. Or NAD+ can be taken in three ways.

1. You can drink it as a supplement, put it on your skin as a cream or patch, or as an infusion. The challenge with oral supplements is absorption and bioavailability. It is also the least effective among the other forms.

2. Infusions are the most bioavailable. They can be time-intensive with the standard 500mg dose taking 3-4hours.

3. A more affordable and easy way is a patch. The effect lasts up to three days. How hard could it be? Here’s a video of ABQ Business podcast host, Jason Rigby on his NAD+ patch do-it-yourself experience:

To know the best option for your NAD+ booster, visit us at the Infusion and Injection Clinic of ABQ at 8400 Osuna Road NE, Suite 5CAlbuquerque, NM 87111 or call us at 505 445 4300. We offer both a NAD patch and infusion. We recommend the infusion for the most impact, but do find the patch to be a possible adjunct to regular infusions.